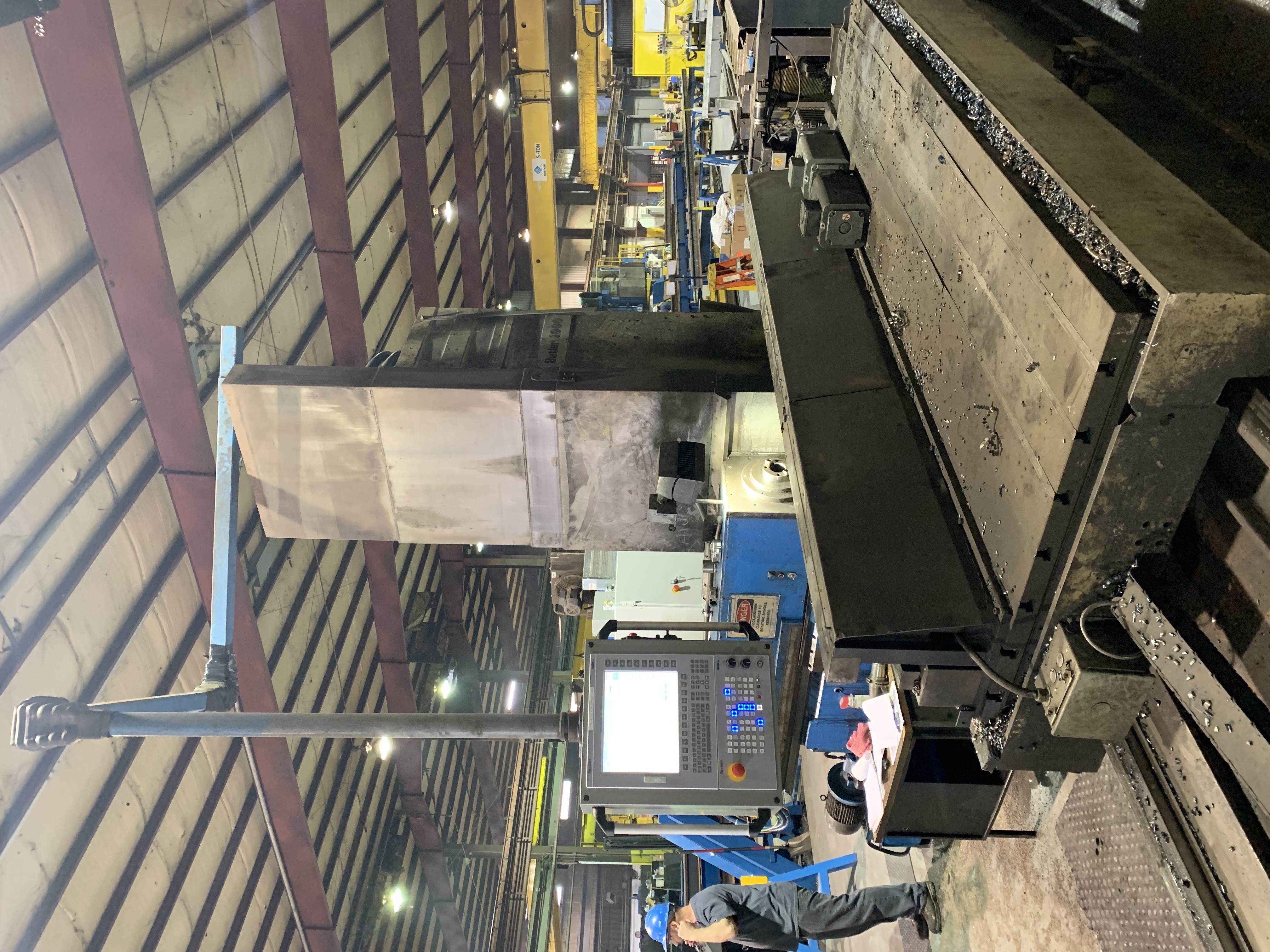 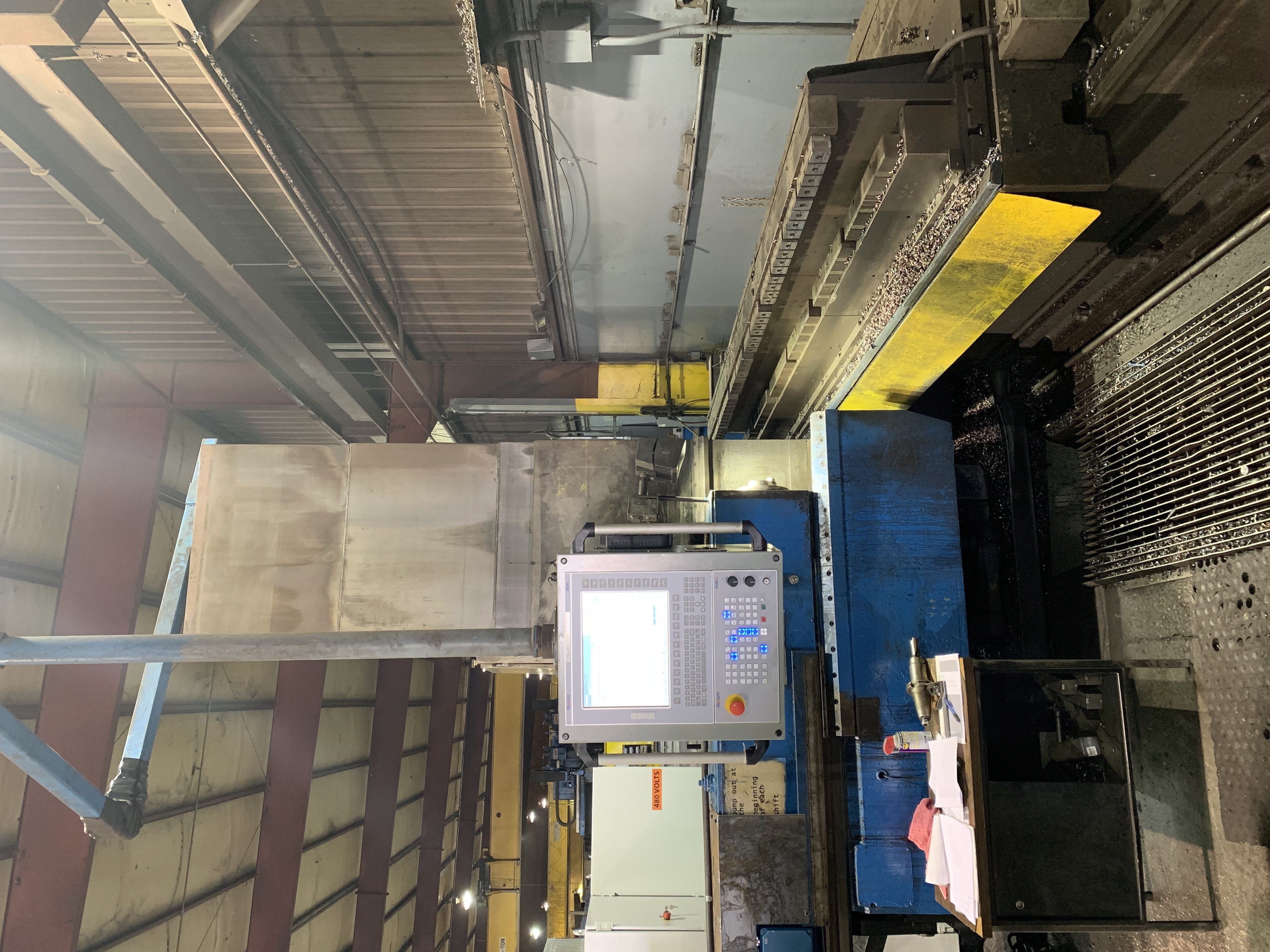 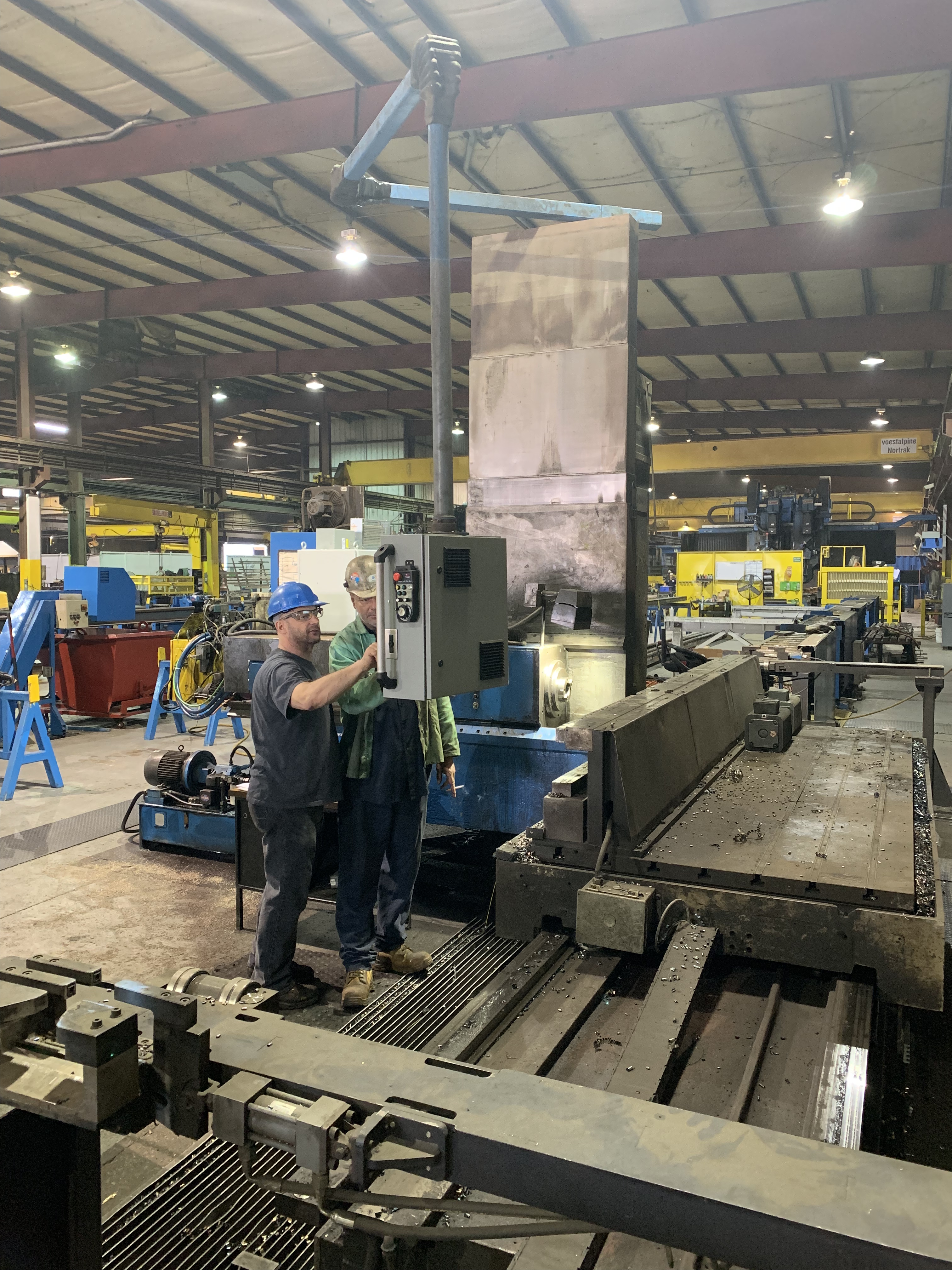 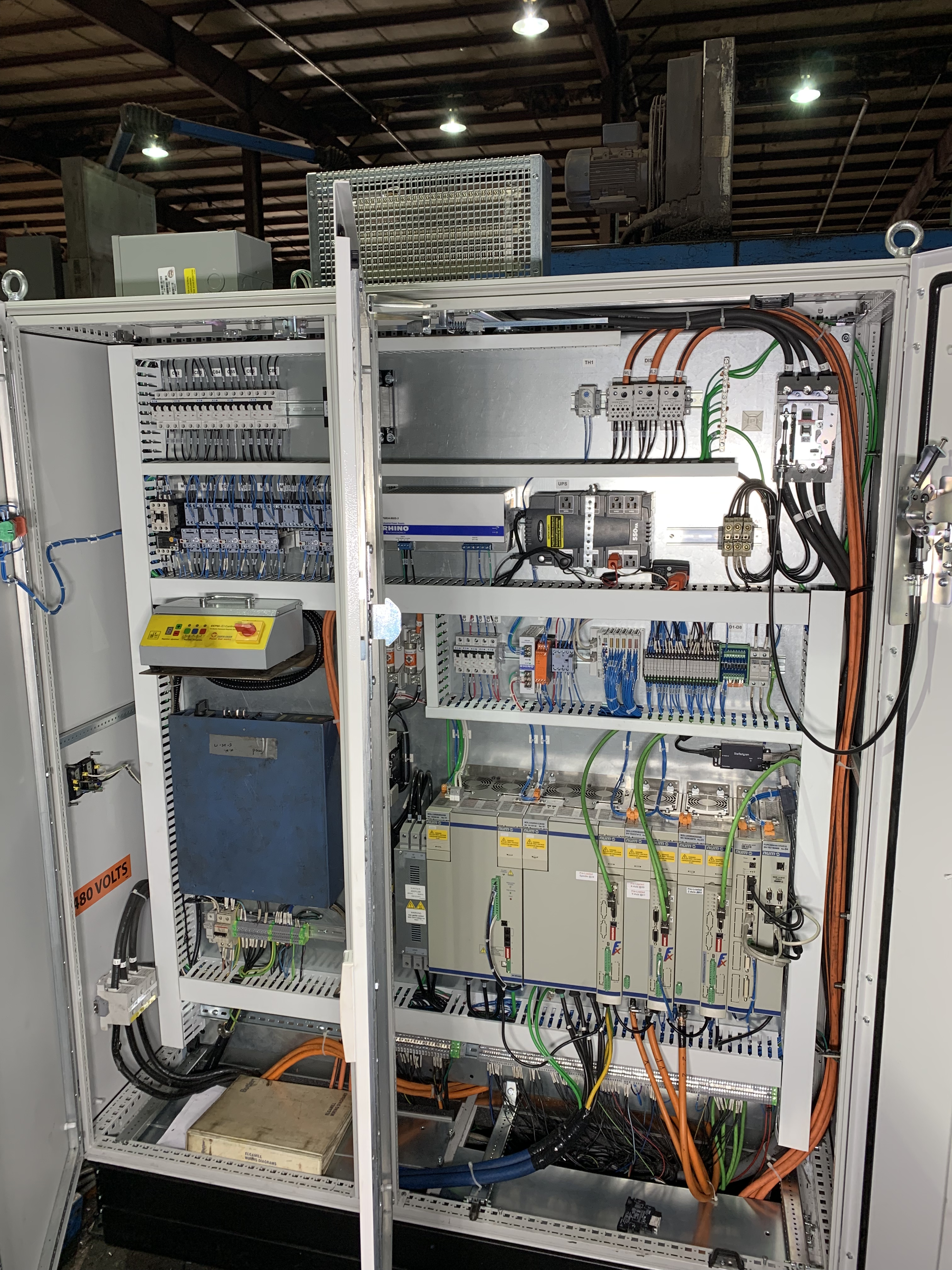 This Butler 3000 3-axis mill had outdated Siemens drives, motors, and controls. The customer wanted to update the control in order to increase the machine’s capability and performance. MCI had previously retrofitted another machine for this customer with a NUM control system. Because the customer was familiar and satisfied with their current NUM system, they decided to use this control again for the Butler 3000 upgrade.

NUM’s Flexium+ CNC software runs on a Microsoft Windows platform. It is intuitive for the user and flexible to meet specific operational needs. For this machine, Flexium+ was run on an Industrial Box PC P1 with a FS153-FQ 15” display, which also included an MP06 machine panel. NUM 36Nm 2000 rpm motors were installed for the geometry axes along with a 36kW spindle motor. This system required a MDLL3 50kW power supply. Four CTMT1809 input modules and three CTMT2809 output modules provided 64 inputs and 48 outputs for which the customer’s existing field devices could be integrated. This included a conveyor and clamping system for part load and unload. The system was installed in a new 2-door Rittal enclosure, including a new operator station with a wireless hand pulse generator (HPG).

The customer had requested that the existing magnetic clamps on the fixture be reused. This system had previously operated separately from the control, turning on and off from a pendant ran directly to the mag control box located in the enclosure. MCI was able to reengineer the mag control box to directly integrate with the NUM control, allowing the operator to toggle on and off the magnetic clamp from the machine builder panel. MCI was also able to accommodate the operator’s request to add buttons which would jog the table to its limits in the x-direction automatically. This was a task that the operator had to do for every part, so this small change increased productivity by allowing the operator to move on to the next step in the process.