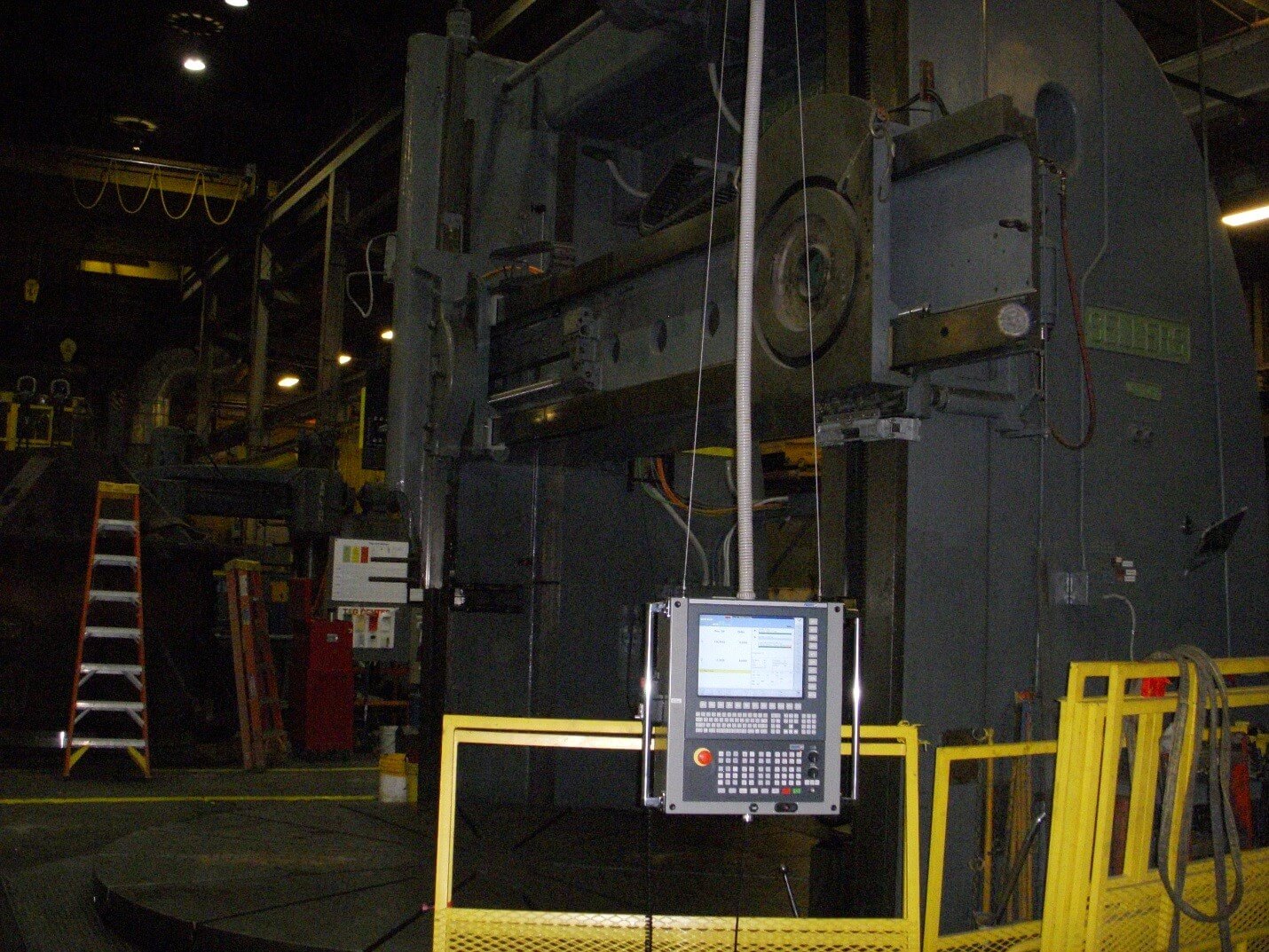 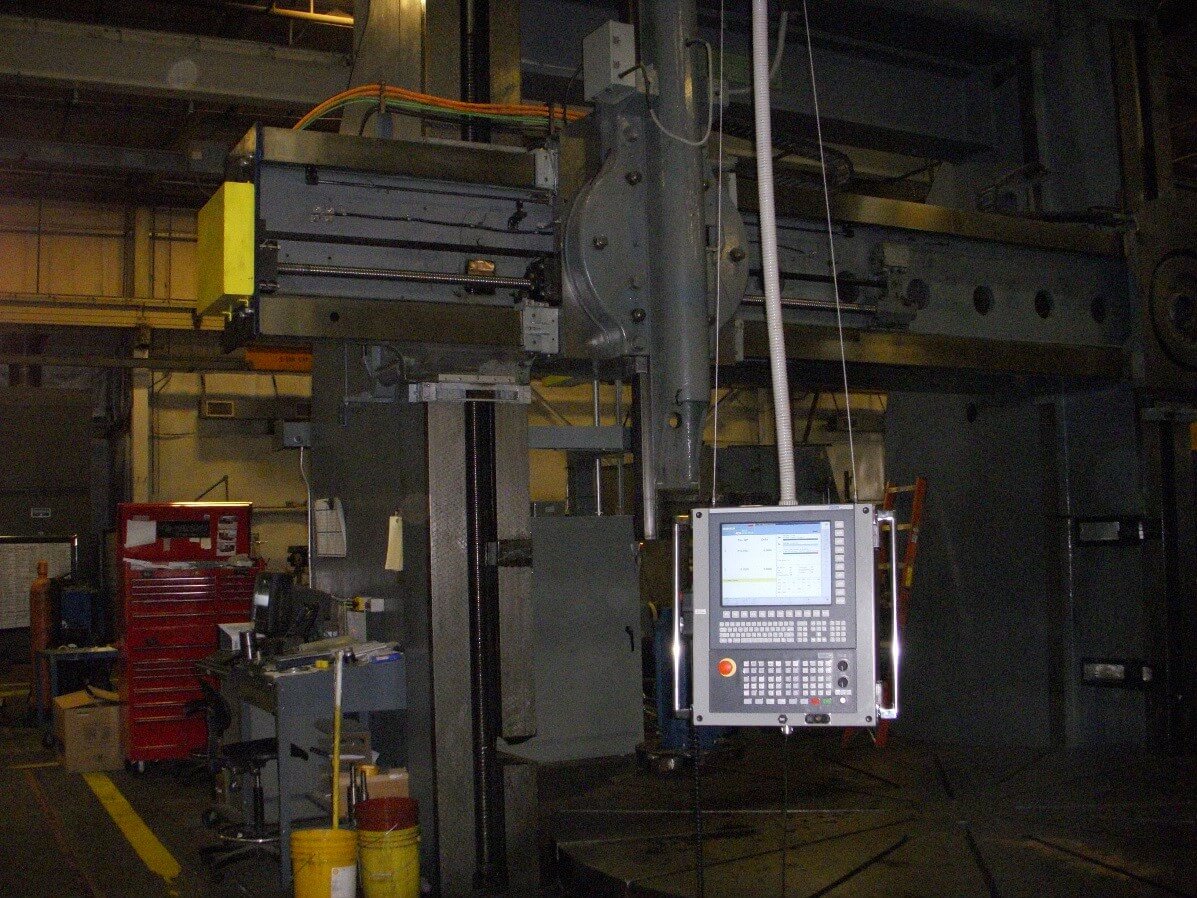 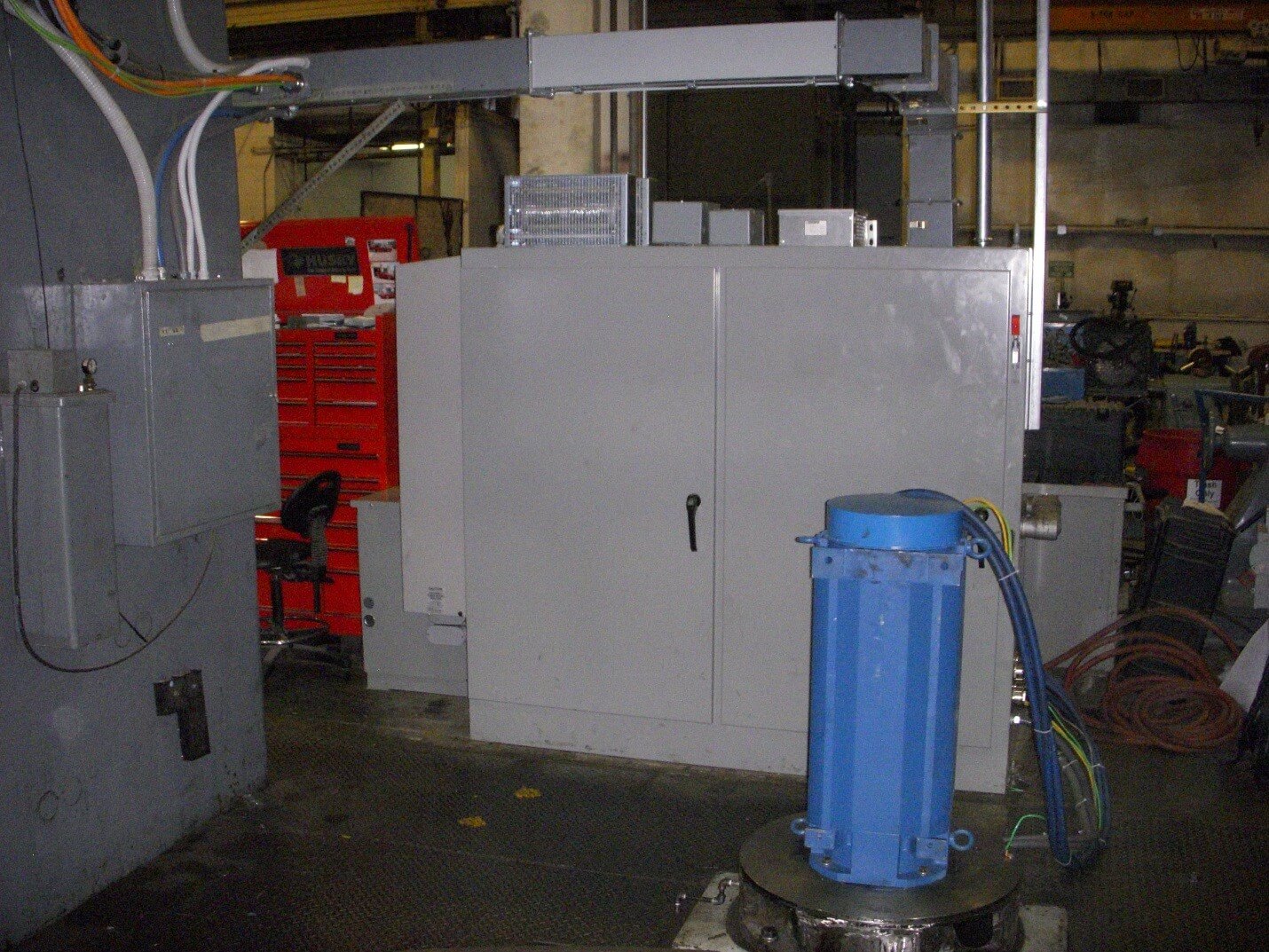 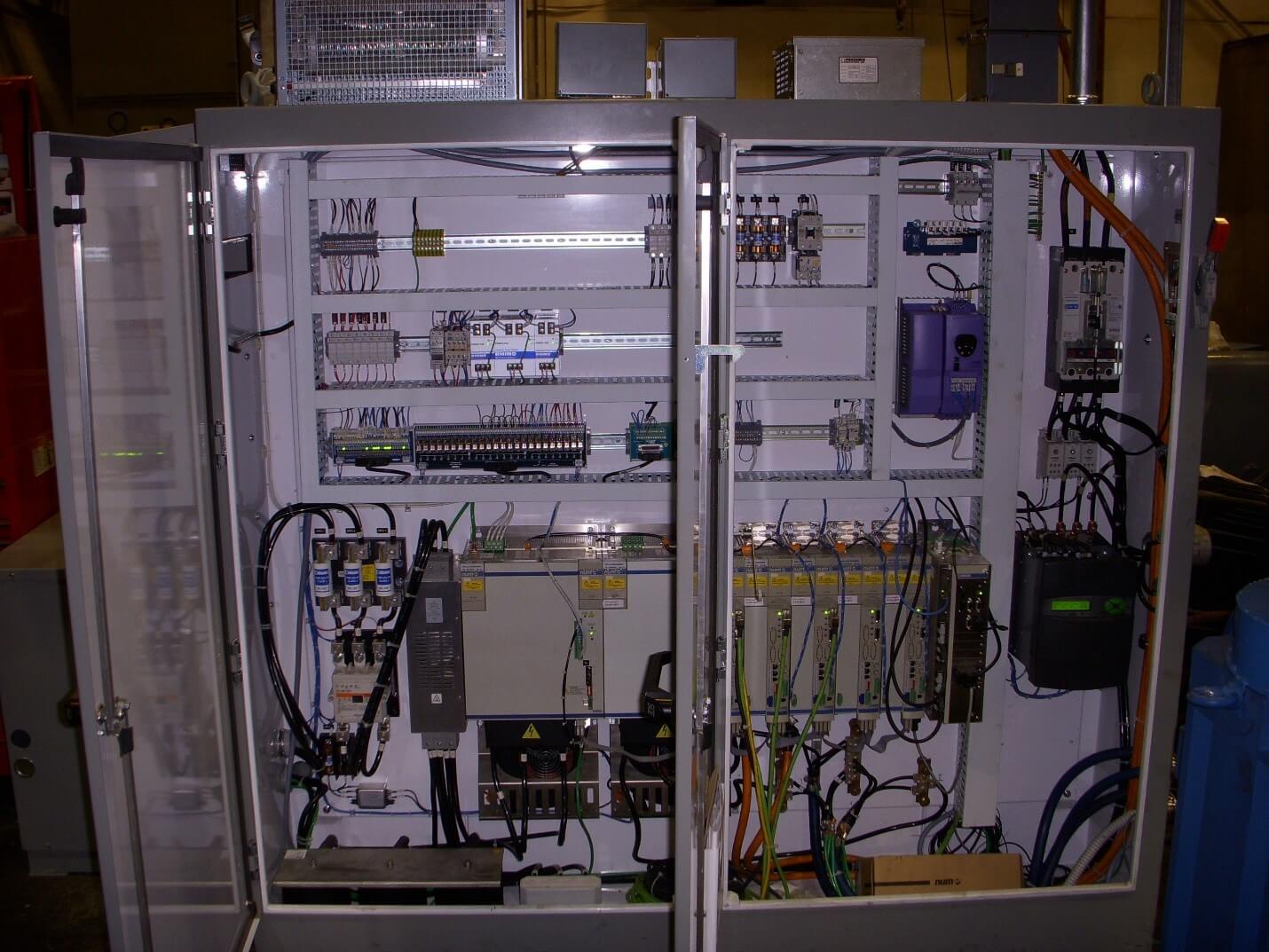 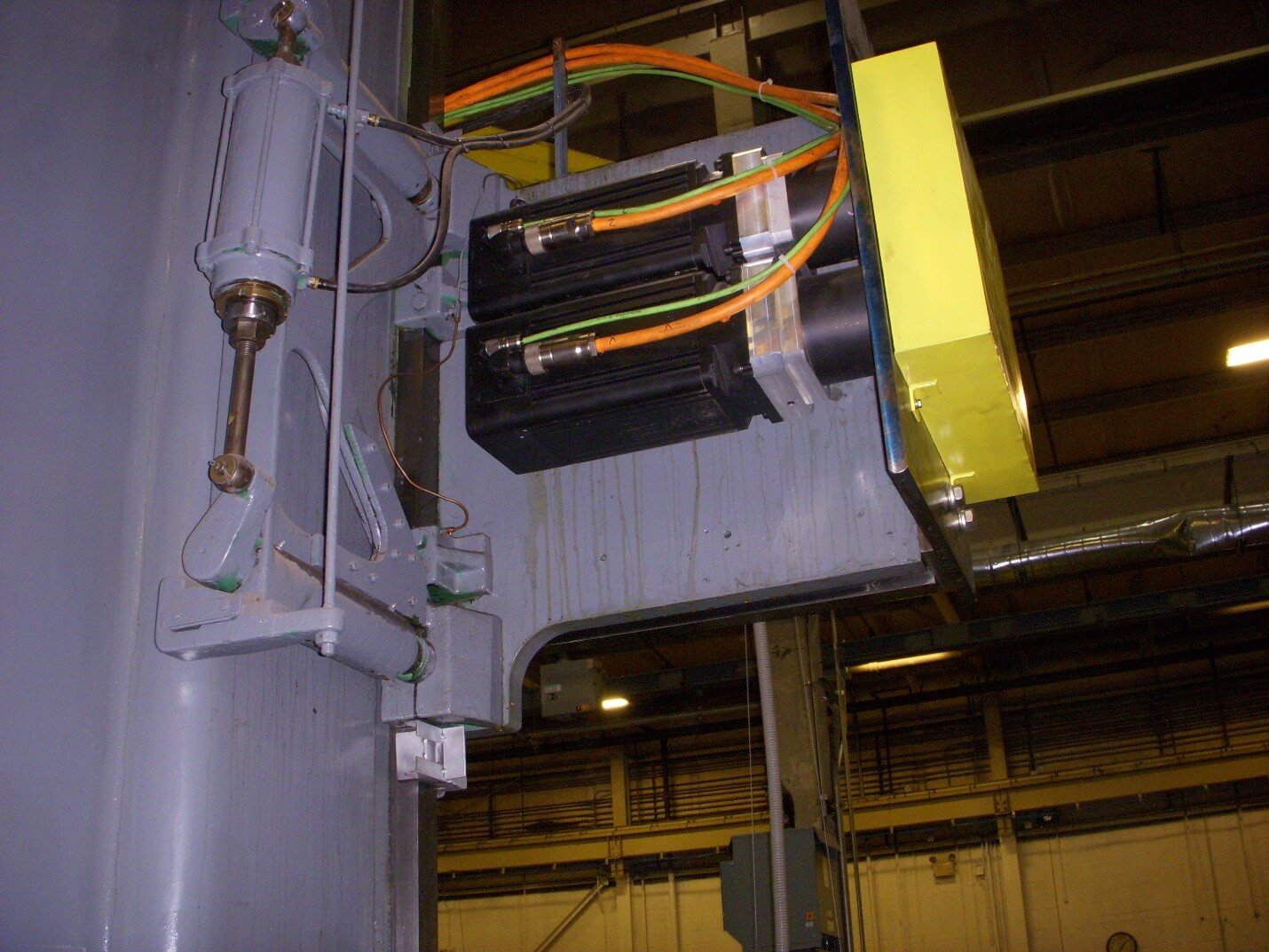 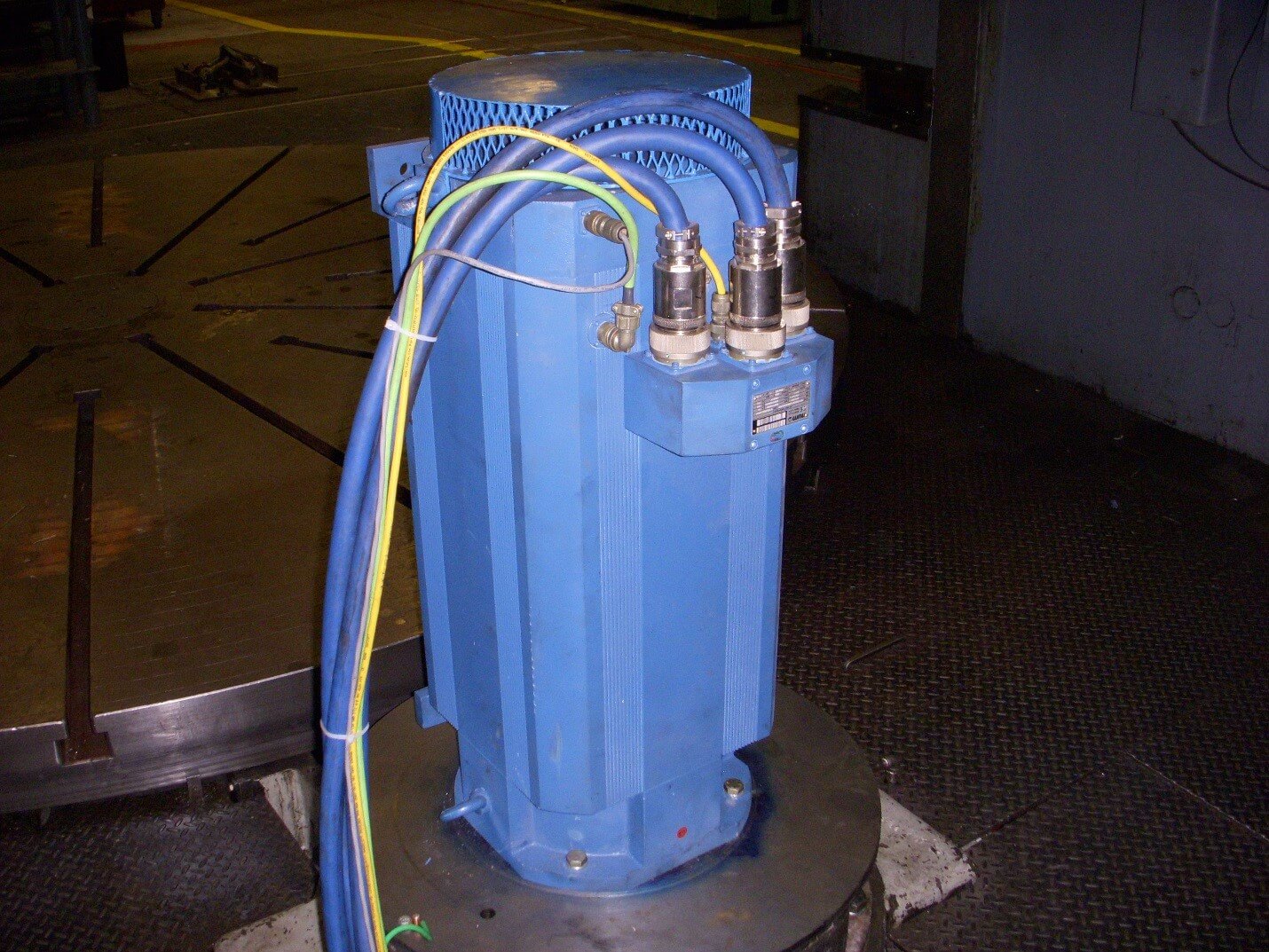 For this project we were contacted by a customer in the motor and large vessel remanufacturing industry. This customer had a large Sellers Vertical Turret Lathe that another integrator had attempted to retrofit for them. The integrator had replaced the Acme screws on the machine with (2) ballscrews and made various other mechanical modification. The customer decided later to change to a single ballscrew.  Additionally, there had been an attempt to upgrade the control system to CNC; However, the axis motors and table motor were undersized leaving the customer with a less than functional machine.

In order to offer the customer a solution that would meet their requirements we provided a proposal that included a complete NUM digital CNC and drive system. Initially the customer requested that one head on the machine operate as a lathe and the other head be used with a milling attachment. We offered a NUM mixed machining package to the customer to meet their request. After the customer accepted the proposal it was decided that they would only use one head on the machine so the second head was never implemented. They did however decide that they would use a milling attachment on the single head. This required the 14 foot table to operate as both a table and a C axis for positioning. The machine was configured so they could orient the table to a specific position or switch to C-axis mode via an M-code to do interpolation with the other axes. We had to use a NUM high performance 100 HP spindle motor and drive for this function. An encoder was added to the center of the table for secondary feedback at a 1:1 ratio.

We set out to provide our customer with a solution for their vertical turret lathe that would address all the short comings of their existing control system. Our solution consisted of a comprehensive turn-key CNC System that boasted the following enhancements:

All of the control engineering and enclosure build was done off site.  When the retrofit package was complete, a time convenient for the installation was set.  The retrofit package was delivered to the customer site and the installation started.  Installing the new enclosure, CNC Control, Operator’s Panel, cabling, and wiring of the system took about 5-6 days.  When this work was completed we began powering up the machine and checking it for functionality.  We worked with customer personnel during this phase of the project so they would become familiar with the new control and more comfortable operating the machine while using the new system.