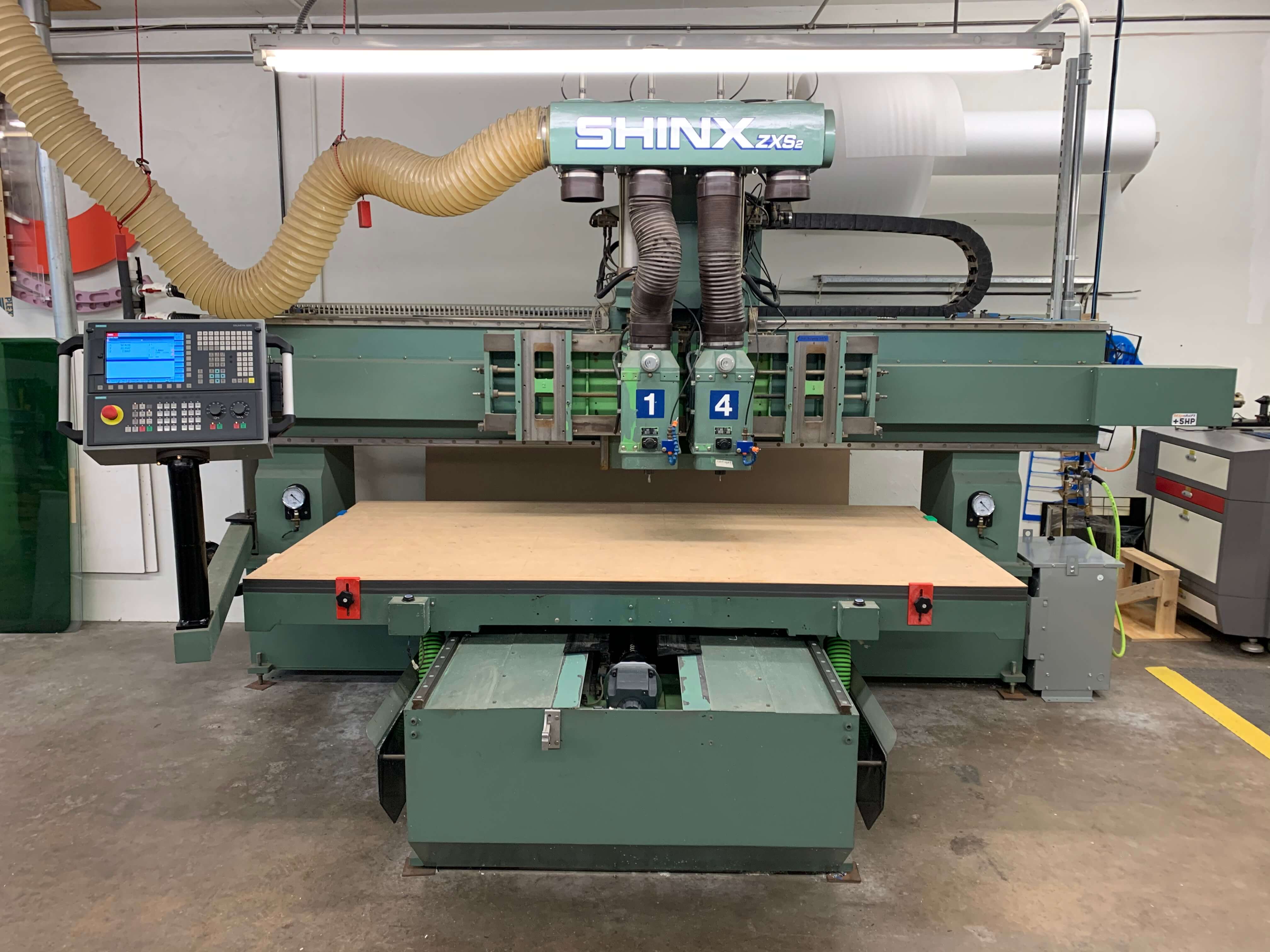 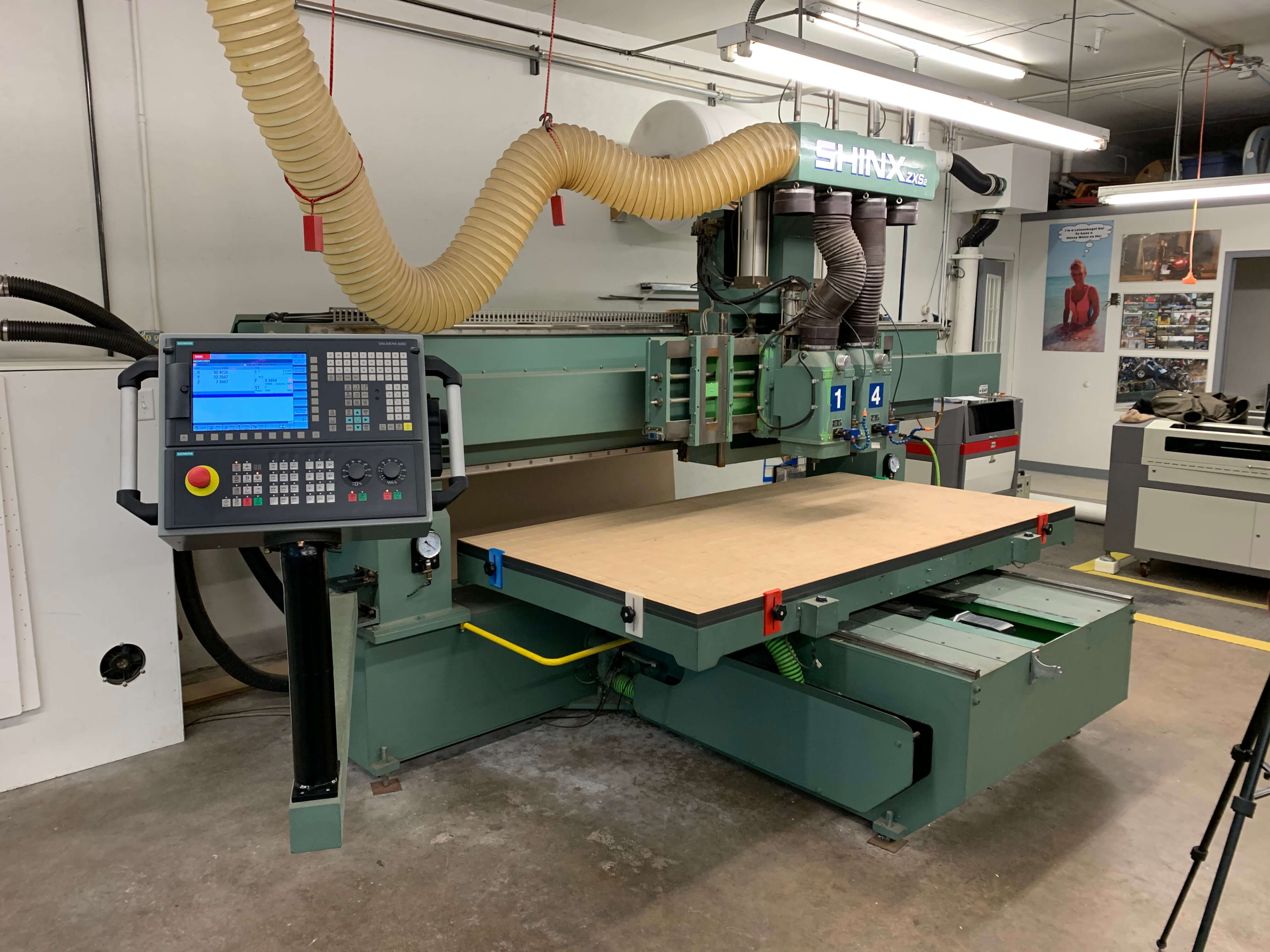 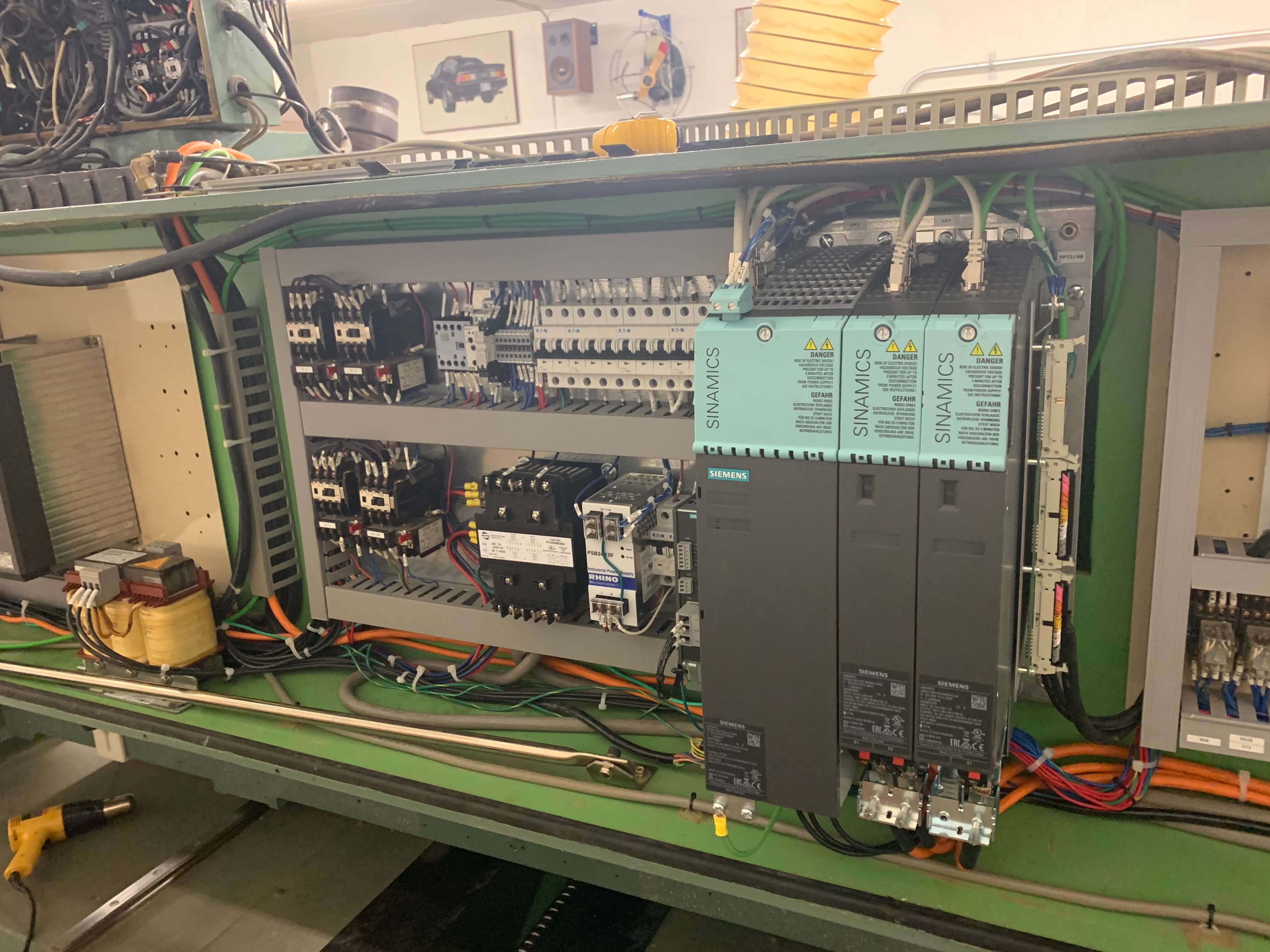 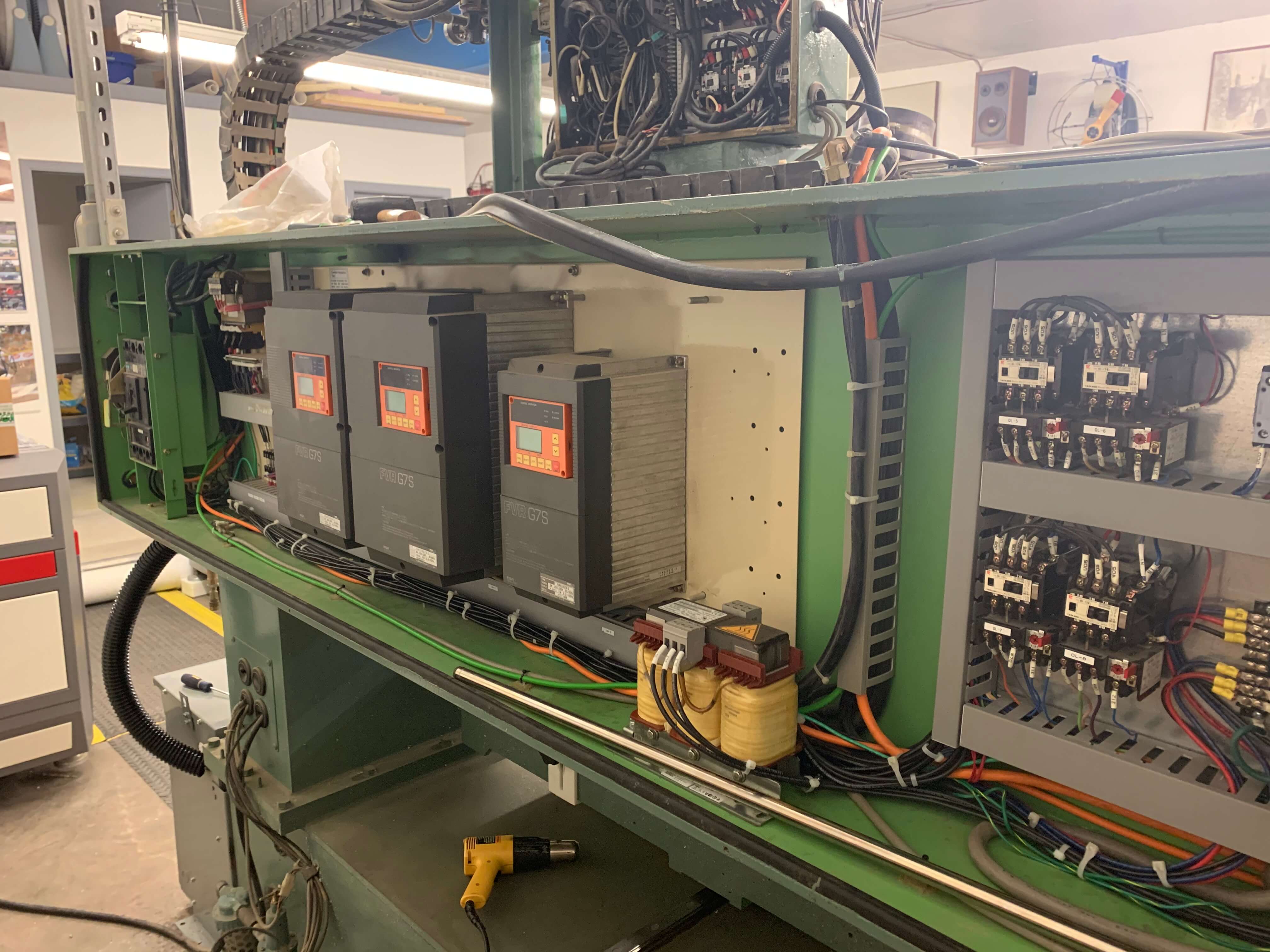 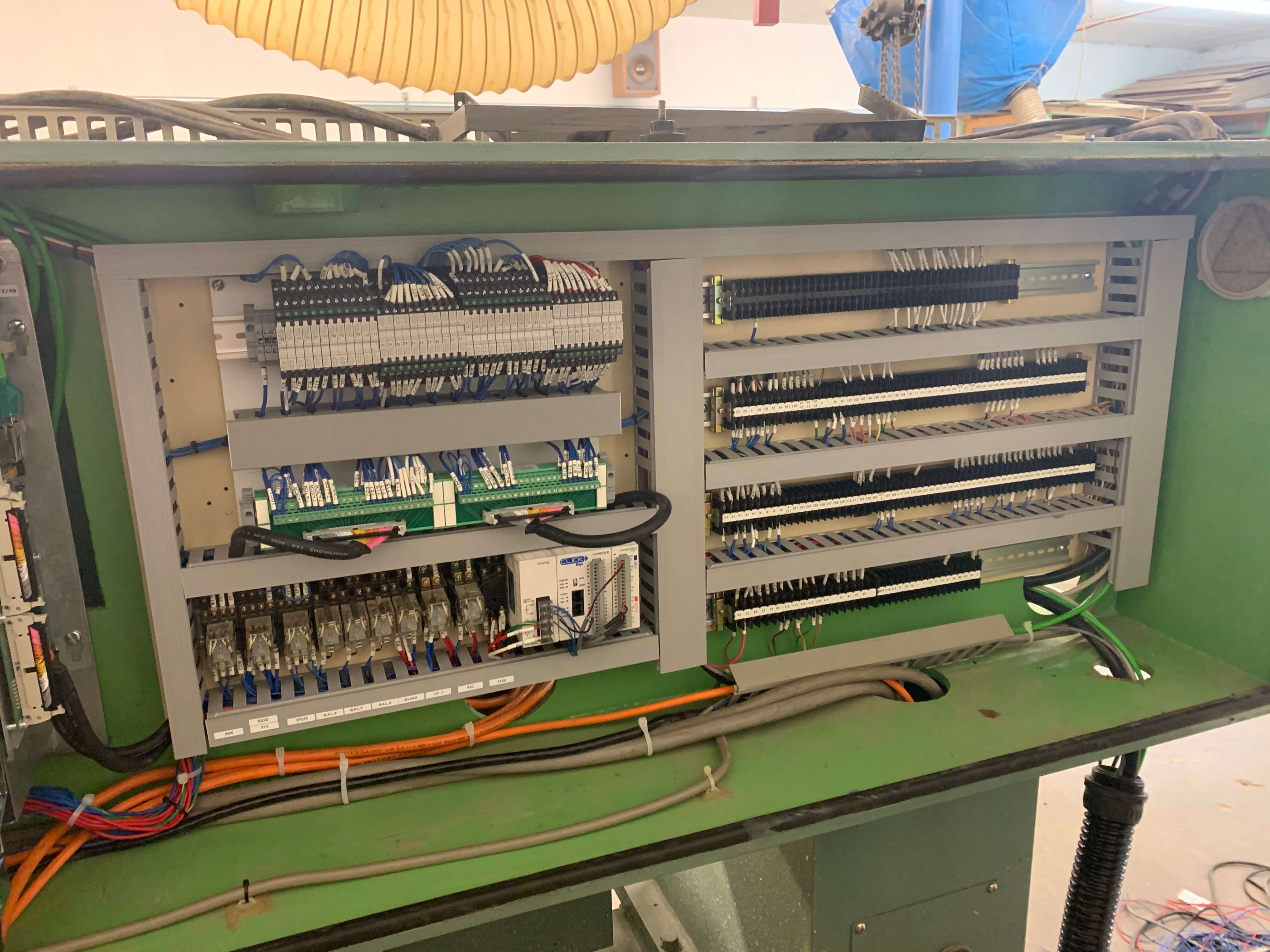 This Shinx Router was running on an outdated PC based control and drives were having constant problems which led to hours of machine downtime. The customer wanted a solution that balanced cost with performance and reliability.

They chose a Siemens 828D control with S120 drives. The operator station was outfitted with a 271.4 PPU and 483 USB MCP, including a wireless hand pulse generator for manual jog. 12Nm AC servo motors were used for each axis. While this Shinx Router was capable of running four spindles, (each with its own piggy-back spindle) the customer only had two installed to run. MasterControls was able to program and wire the router for easy future addition of any of the available spindles, a “plug and play” solution. Due to the uniqueness of the router’s electrical enclosure, MCI worked with the customer to design some preassembled panels which allowed us to mount around the components that were not being replaced. An external step-up transformer was also added to power the new S120 drives at 460V.

The customer was able to quickly convert their G-code programs to the Siemens format and begin to run sheets on the machine.