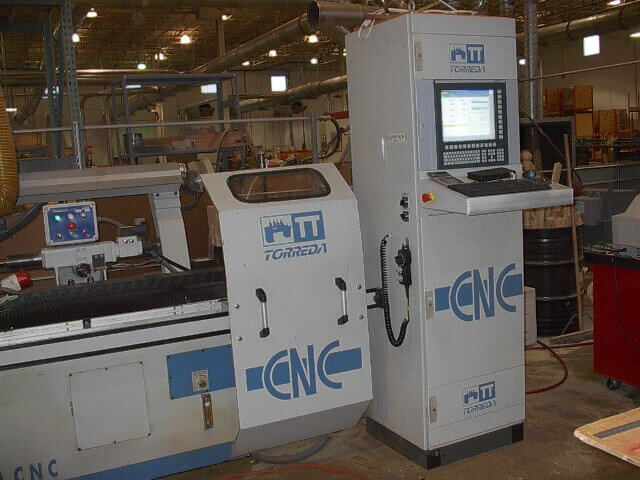 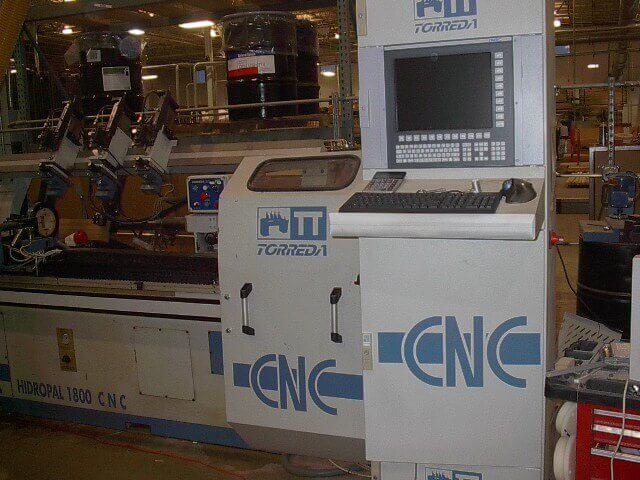 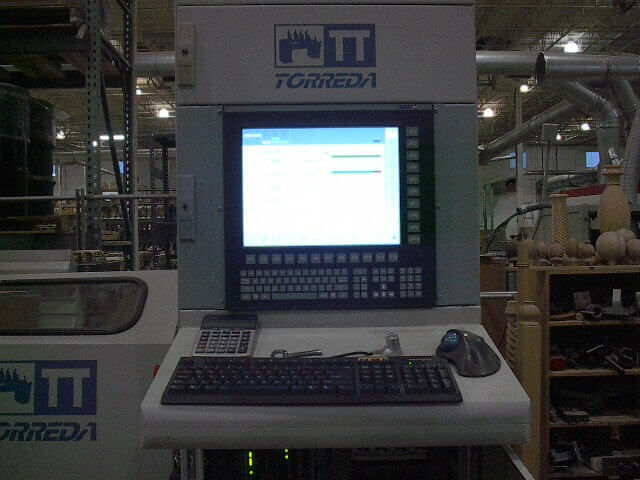 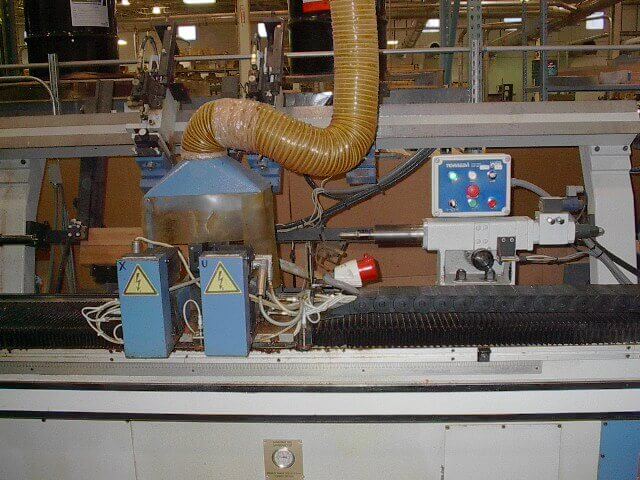 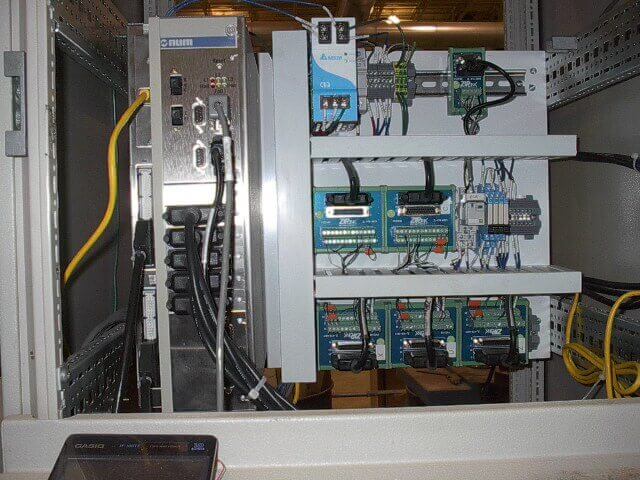 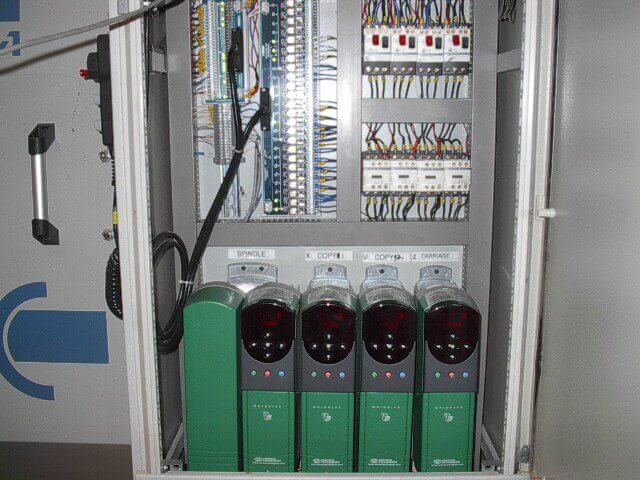 For this Torreda Lathe retrofit we were contacted by an end user in the Mill Works industry. This user manufactured handrails, balusters, posts, newels, treads, risers, and many other wood products. They purchased the Torreda Lathe several years back. It was used for not only turning, but also detailed fluting and routing patterns. The main PC on the machine had been destroyed by a lightning storm, and they were unable to get the system back up and running. At this point they contacted us for a possible retrofit solution.

Torreda had originally developed the CNC system, but was no longer supporting the software or hardware in the system leaving users with long term support issues. The system was capable of machining complex shapes, but had various limitations.

Existing CNC control was replaced with a new NUM CNC control. The new control represents the state-of-the-art in modern CNC controls allowing for standardized RS274 programming. The control has an intuitive operator interface. This intuitive interface enables the operators to perform quick set-ups and adjustments.

Programs can be written at the machine or transferred via network or USB stick. Both spindle and C axis operations are supported via switchable M-codes. Available as control options are fluting and U axis following of X master.

A new Operator Panel was installed on the machine in place of the old VGA monitor. The operator panel includes a 15” LCD Monitor with full membrane keyboard. This panel allows the operator to select mode changes, offset modifications, program transfer and edit, and support functions.

The customer kept the original Emerson Drives. We reprogrammed the drive system to support closed loop axis control instead of open-loop step and direction. The NUM CNC is equipped to control a very wide variety of Analog and Digital Drives.

The magnetics in the cabinet remained the same. The CNC panel and IO boards were mounted in the enclosure replacing the old CNC system.

Almost all existing field devices remained in place for the retrofit. Only the home switches were replaced on the machine. The I/O was connected to the new CNC through terminal strips on the NUM I/O boards.

Upon arrival on site, we intended to run parts with the old control to establish a base-line. However, the customer was not able to get the control powered up. Since we could not get the control powered up, we started removing it. We took all the old control hardware out including the CNC, VGA monitor, and original PC. We sorted out the wiring and removed all the wiring that would not be reused. We then installed the new Operator Panel and CNC sub-panel. After these were installed, all the wiring was landed to the new sub-panels and verified. When the wiring was complete, we began powering up and testing the new control. By the end of the 3rd day on site, we were running dry-cycles on the machine and ready to run parts. After we were confident that the machine was running properly, we started testing the part programs and running parts to check for quality and consistency.

Integration time included producing machine schematics, creating a bill of materials, ordering and receiving all the hardware, building the required sub-panels for the CNC and the operator panel, writing all the machine logic, and configuring all the machine parameters. This typically takes six to eight weeks from the time an order is placed to installation.

NUM produces complete documentation for integrators and end-users. A complete set of manuals was provided to the customer. In addition to the Operator’s Manual, a full set of Electrical Schematics were provided for the Torreda Lathe. We also stored a complete copy of all documentation on the control. Operators, setup, and maintenance personnel can have immediate access to all documentation right at the machine.