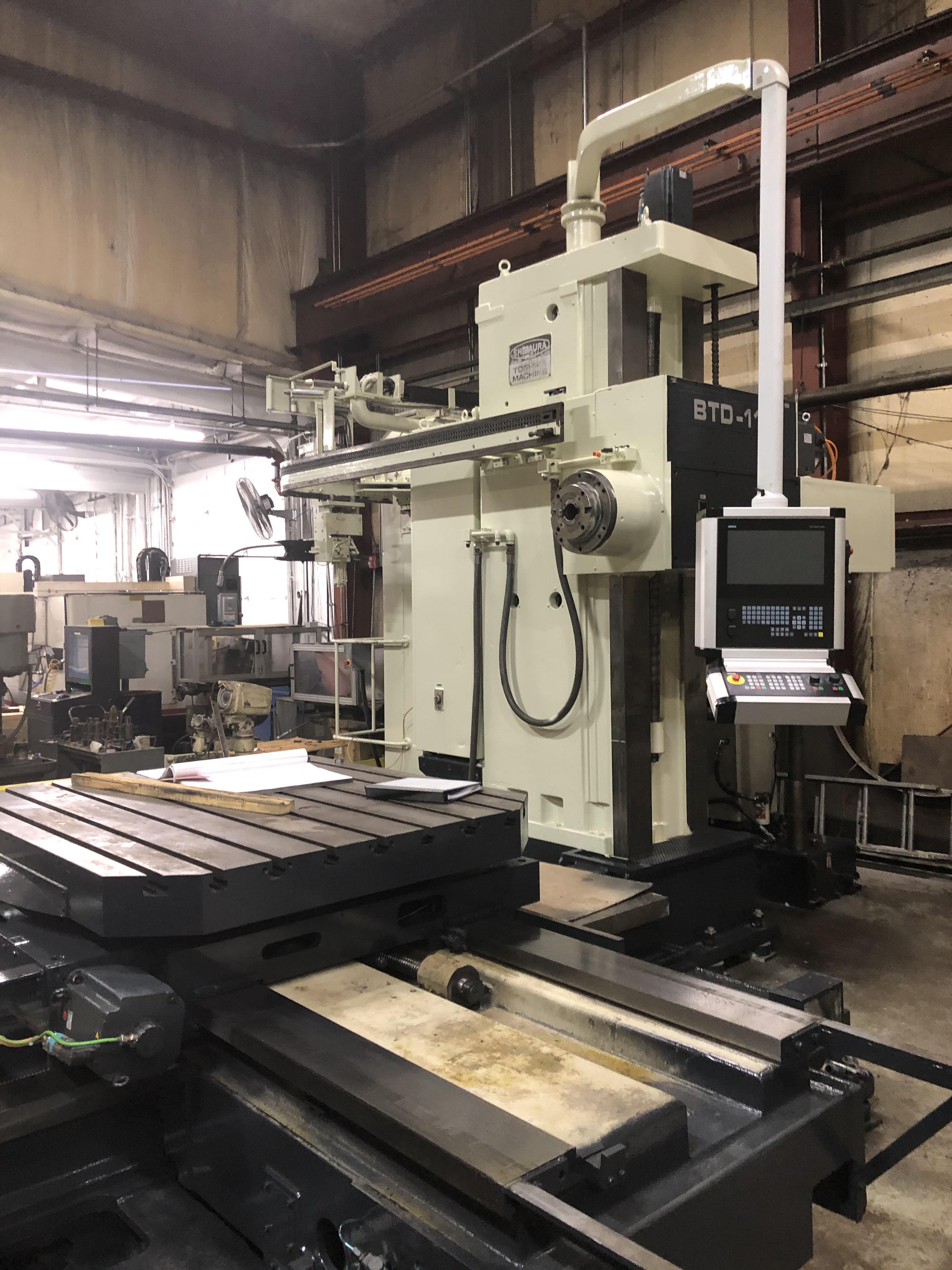 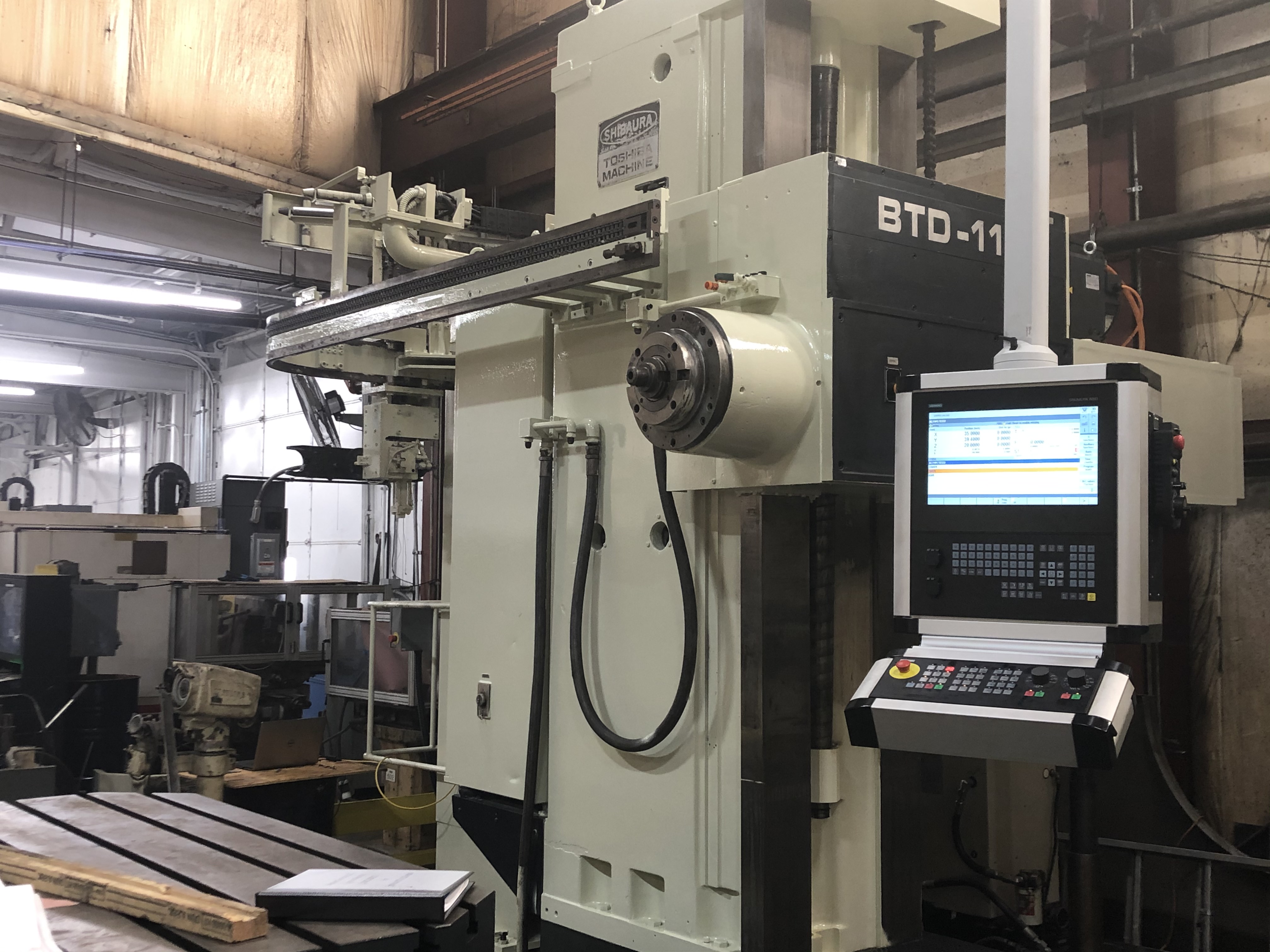 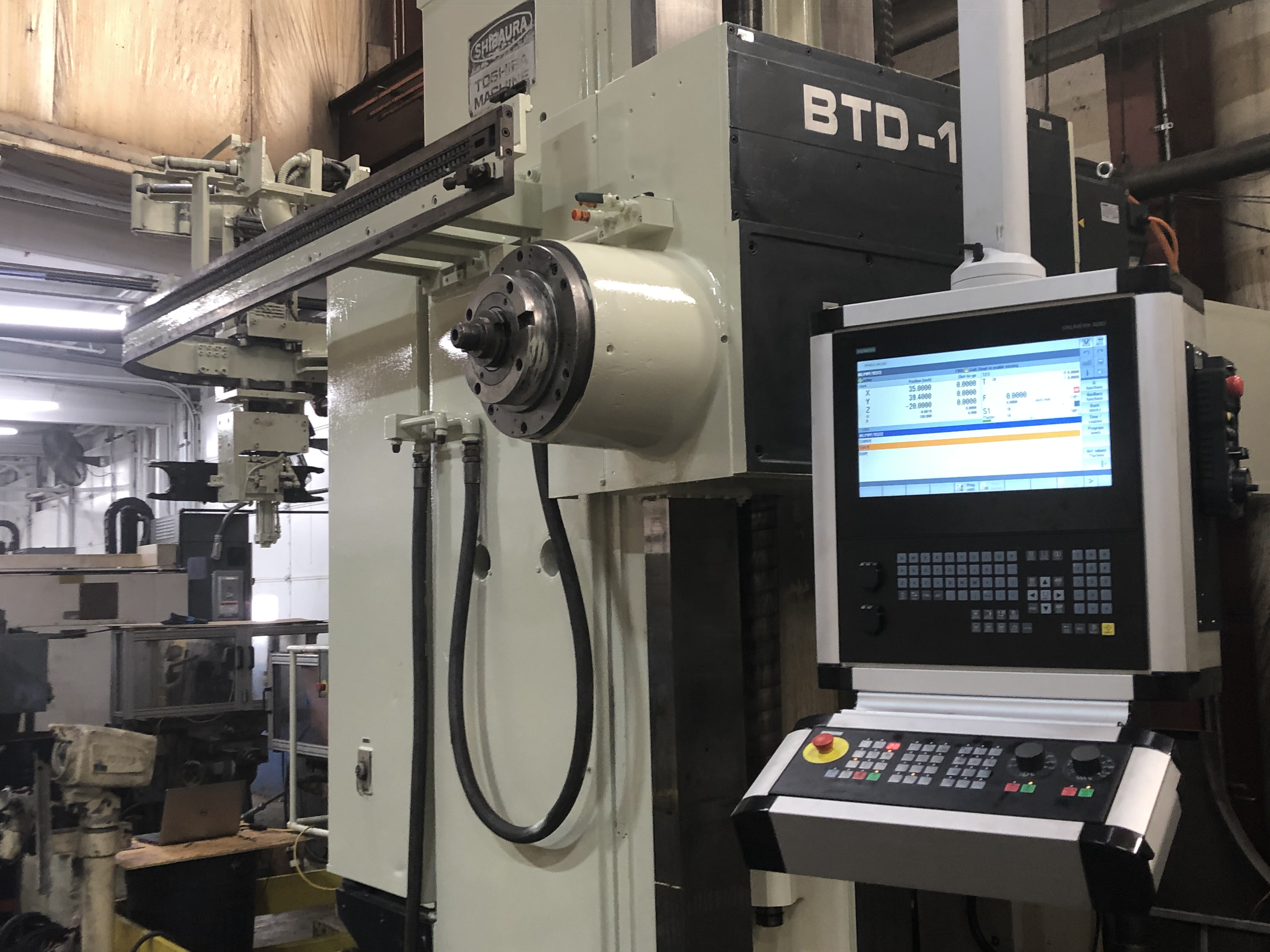 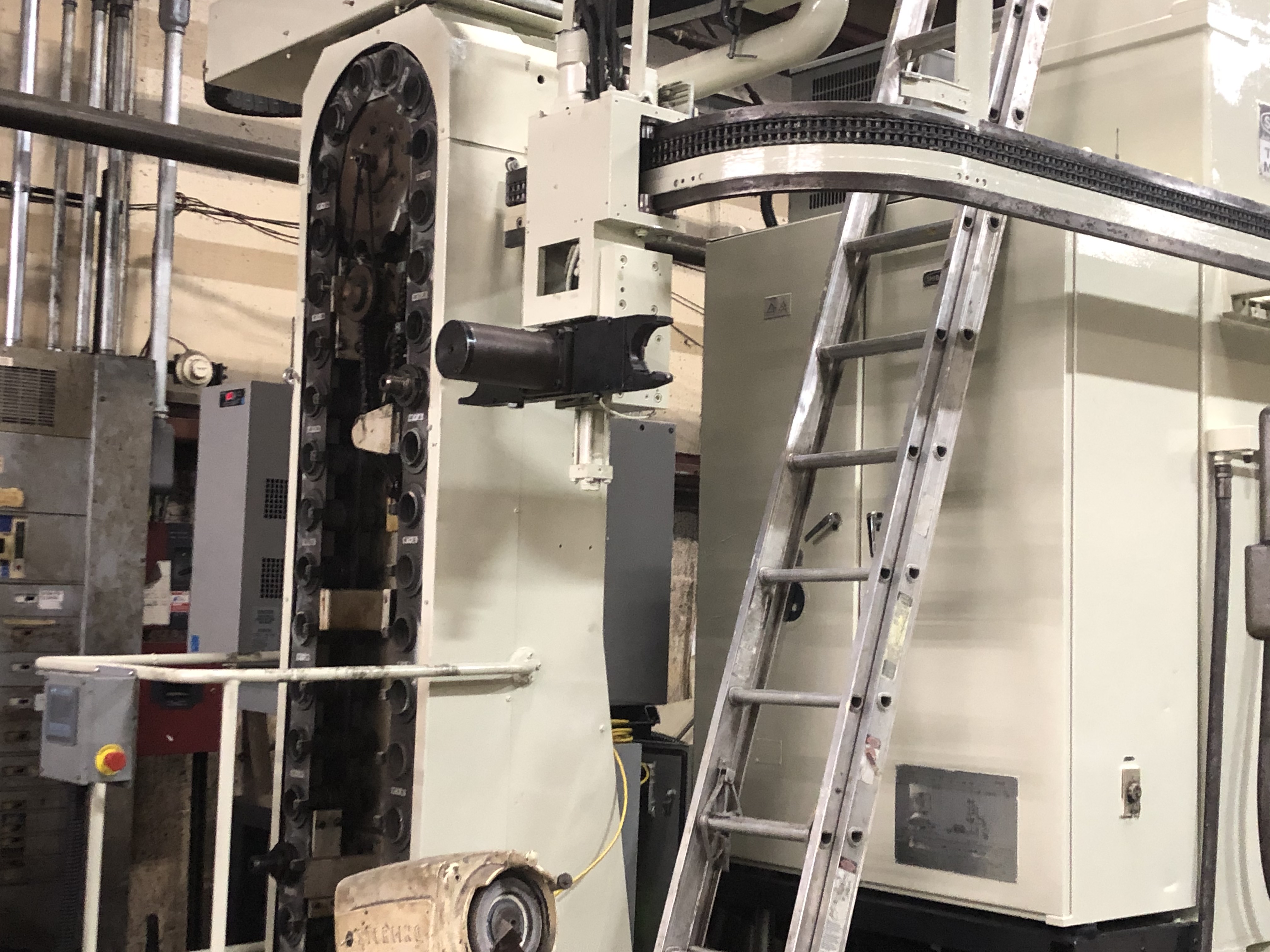 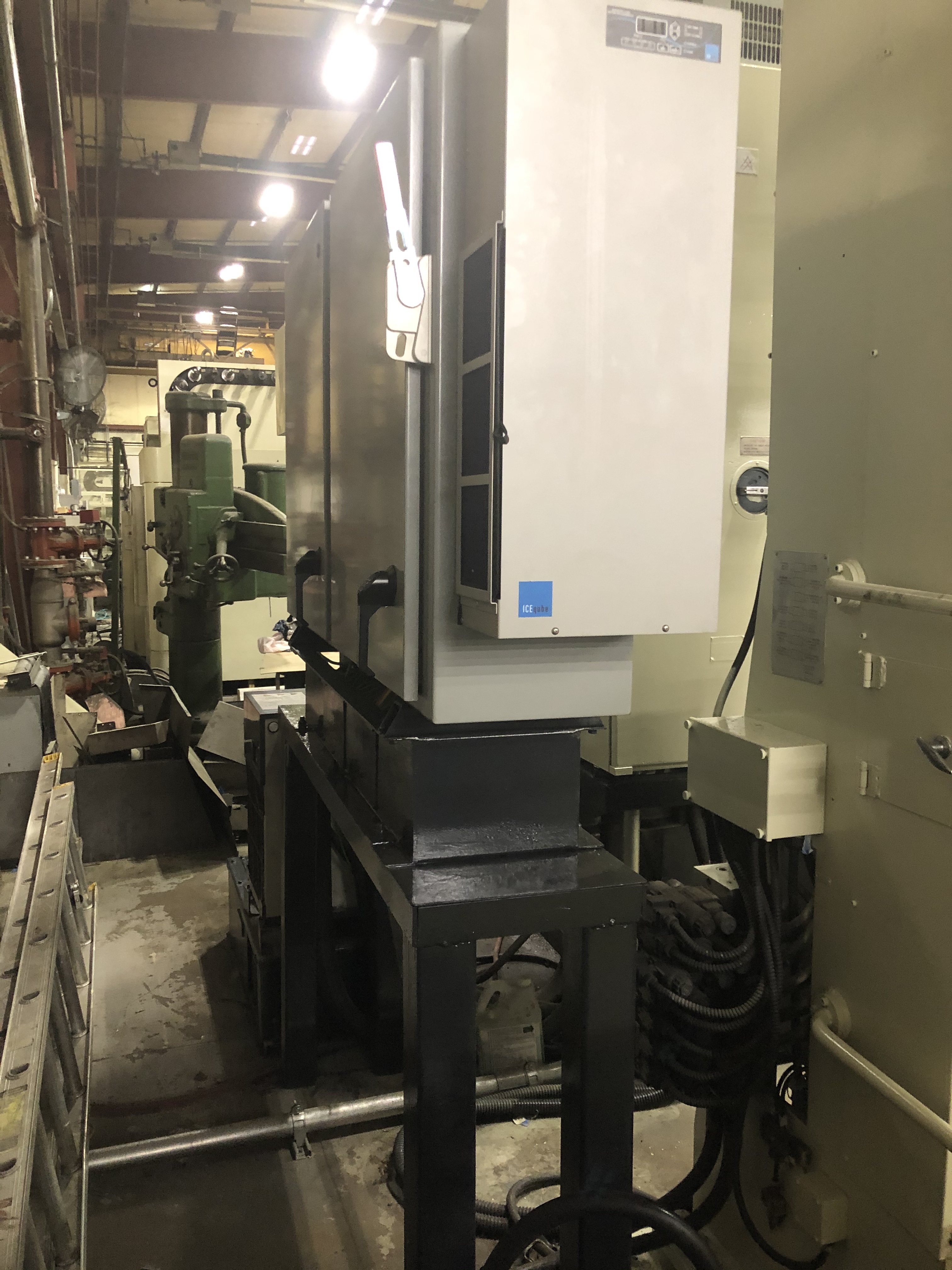 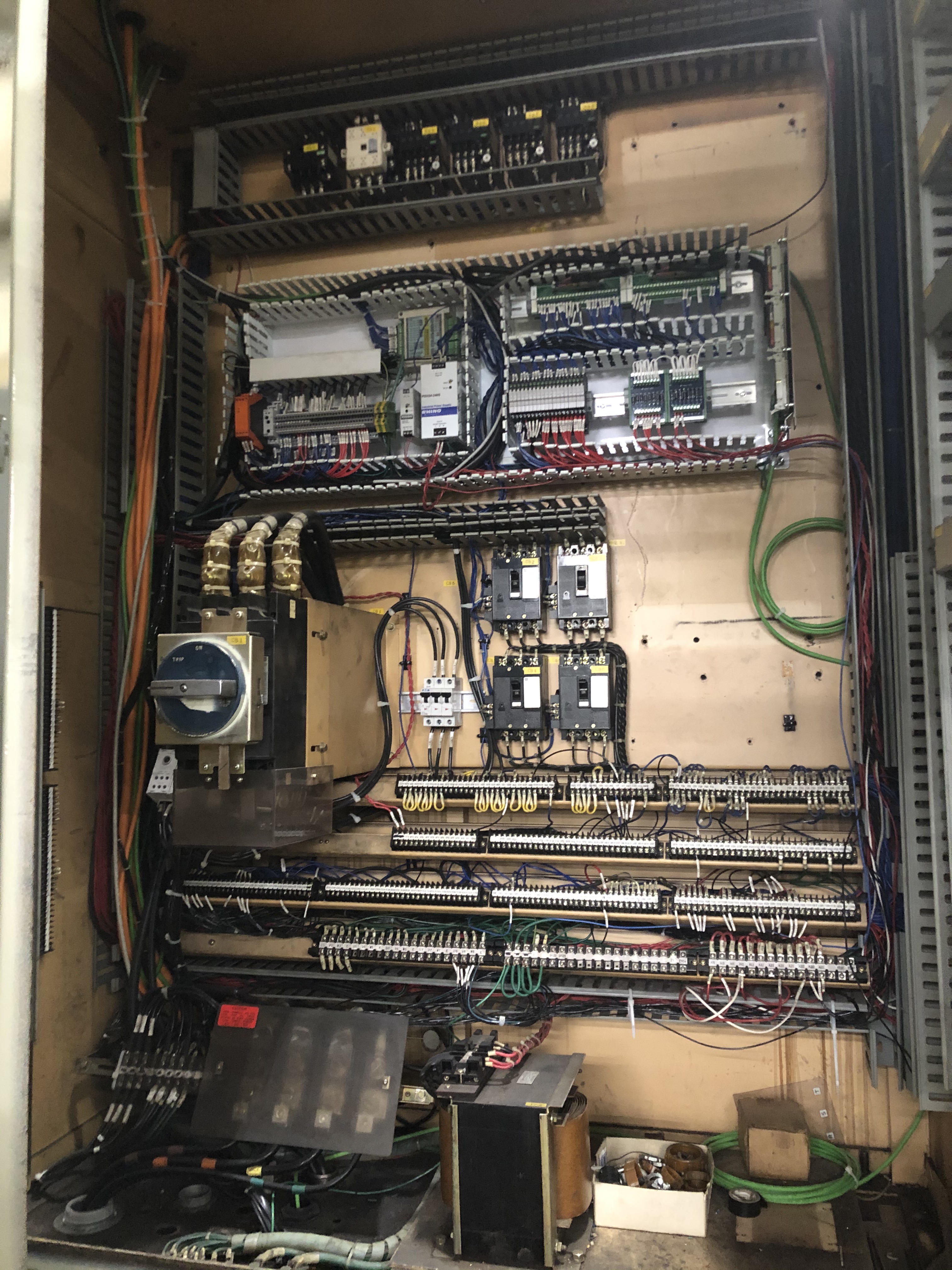 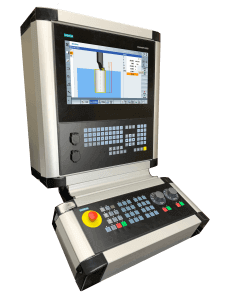 This Toshiba BTD-11B Horizontal Boring Mill was purchased by the customer at an auction. The machine was non-operational and the Tosnuc control did little other than power up. It has X, Y, Z, W (quill) axes and an indexing table. It also features a 40 tool chain-type ATC.

The customer chose the Siemens 828D control with S120 drives for retrofit. A 290.3 vertical PPU with a 416 USB MCP were placed in a new Phoenix Mecano operator station. 48Nm AC servo motors were used for each axis, including the indexing table. This allowed for it to be converted from an indexing table to a contouring table. A Siemens 1PH8 18.5 KW motor replaced the old spindle. The new motors also contained high resolution absolute encoders, allowing for the removal of the old linear scales. Both the drive enclosure and tool changer enclosure were replaced. In the main electrical cabinet, the spindle and indexer drives were removed, creating space for our pre-assembled panel containing the new IO modules and relays.

A tool changer interface was mounted on the far side of the machine by the tool chain. Using a Siemens SIMATIC HMI and S7-1200 PLC, tool management data was passed back and forth to the 828D. This allowed the operator to setup or adjust all his tools effeciently in front of the tool chain.